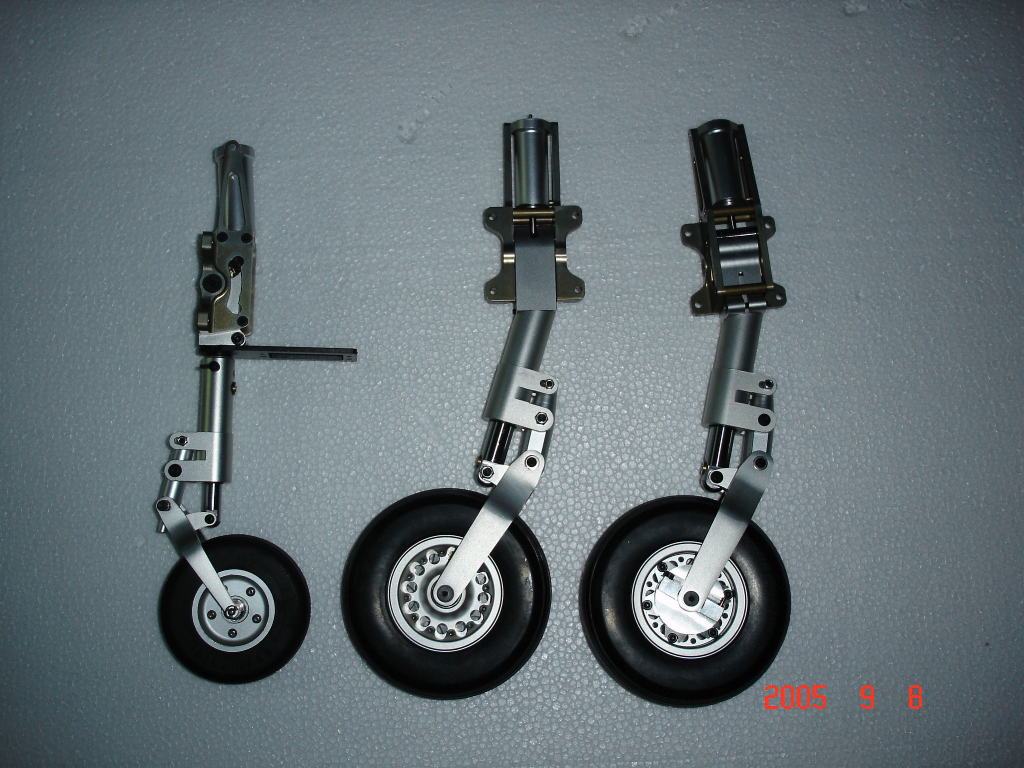 @     Use an injector filling oil in strut (see Mpeg files). Because oil is incompressible, so the volume of oil in the strut will determine the bottom end of strut when the aircraft subjects heavy landing situation.

@     Using the gas tank filling air in strut (see Mpeg files) when they are not loaded by the weight of aircraft (The gas pressure in main gear can reach 25 Kg/cm2 when loaded). The pressure for main gear is about 6-10 kg/cm2(90-150 psi) and 2-6Kg/cm2(30-90psi) for nose gear. The air pressure will determine spring rate and static ride height of strut. The typical static ride height for main gear is about 16mm from filling valve center to seal and 14 mm for nose gear from M3 bolt center of fork to seal.

@     Always filling gas in main (or nose) strut when they are unloaded and filling valve on the top to minimize amount of damping oil leaking from the valve.

@     If it is difficult to charge air through filling valve, using a screw-driver loosen valve 1/4 turn and the pressurize process will be easier. (Don't forget to tighten it again!)

@      When pressurize process is complete, then place aircraft on the ground and press main wing up and down until bubbles purge from damping oil and strut generates steady damping force.

@      Usually, you don¡¦t fill oil in strut frequently, because consumption of damping oil is very low.

setup the 2 screw for  rudder fins 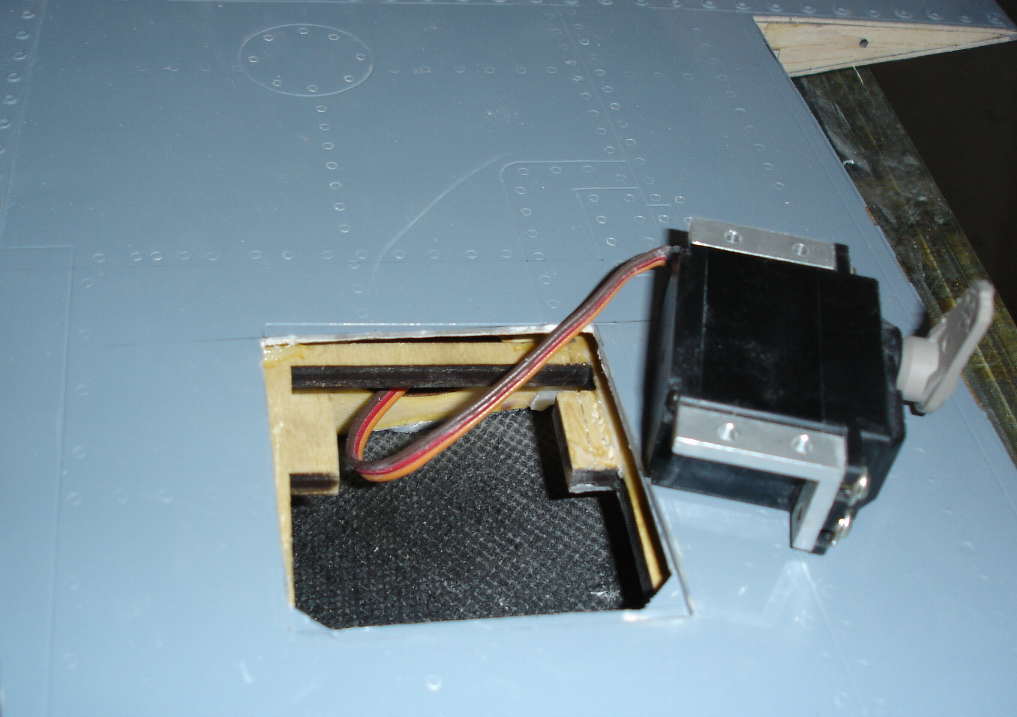 installed the both Servos for  for the elevators 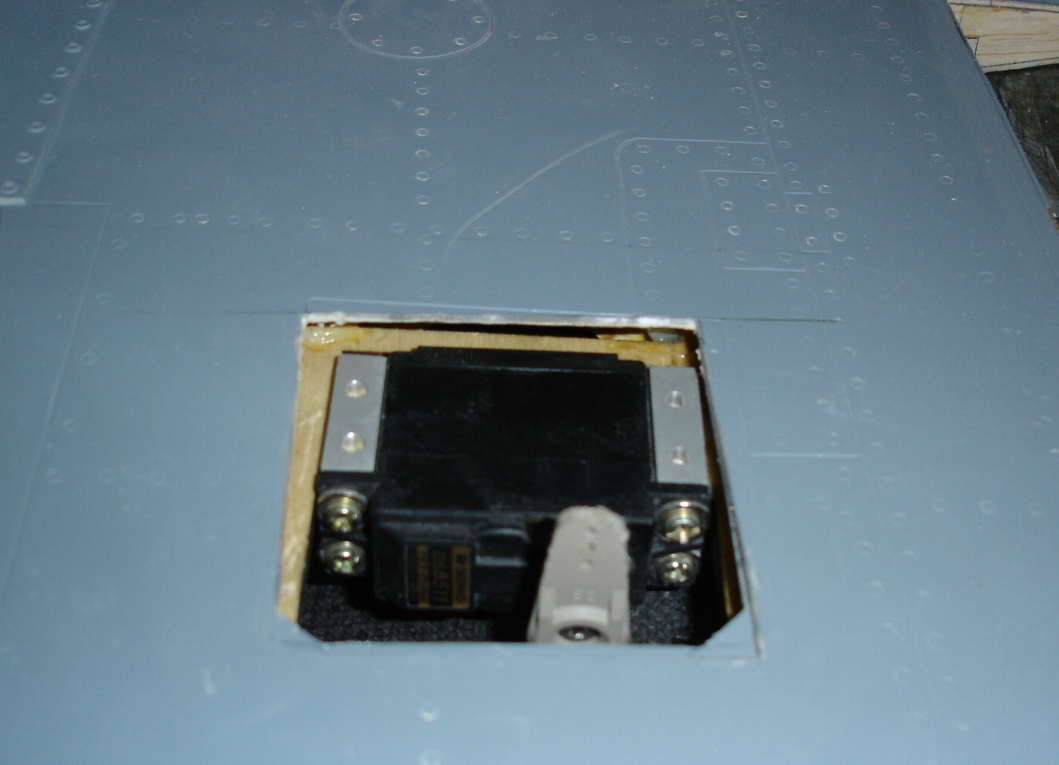 installed the both Servos for  for the Ailerons with Flaps 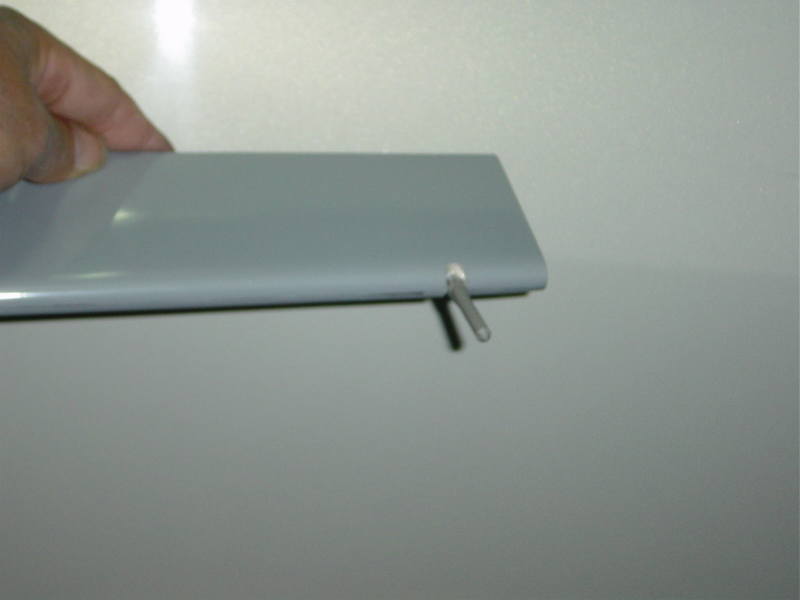 Glue the 6 Hinges for Ailerons with Flaps 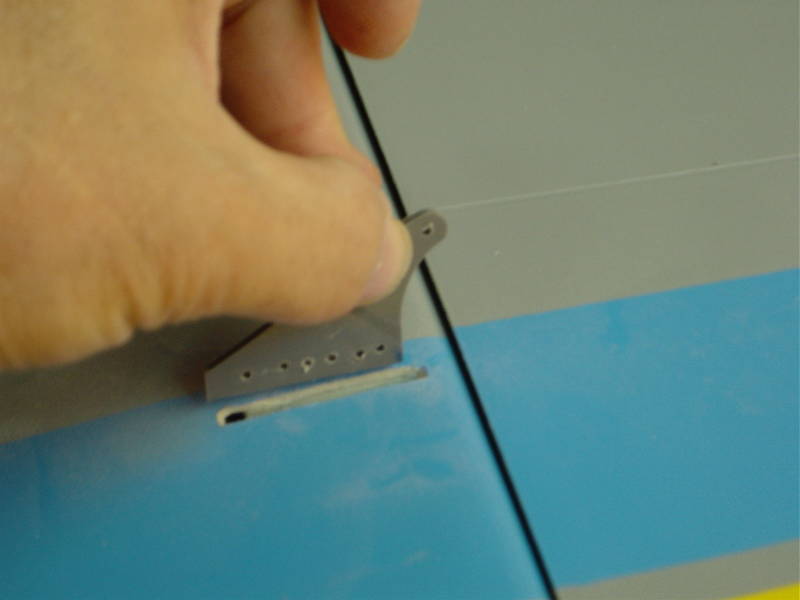 The tail flange has two brackets. Mark and drill holes in the brackets so they line-up with the holes in the right / left bulkheads holes. 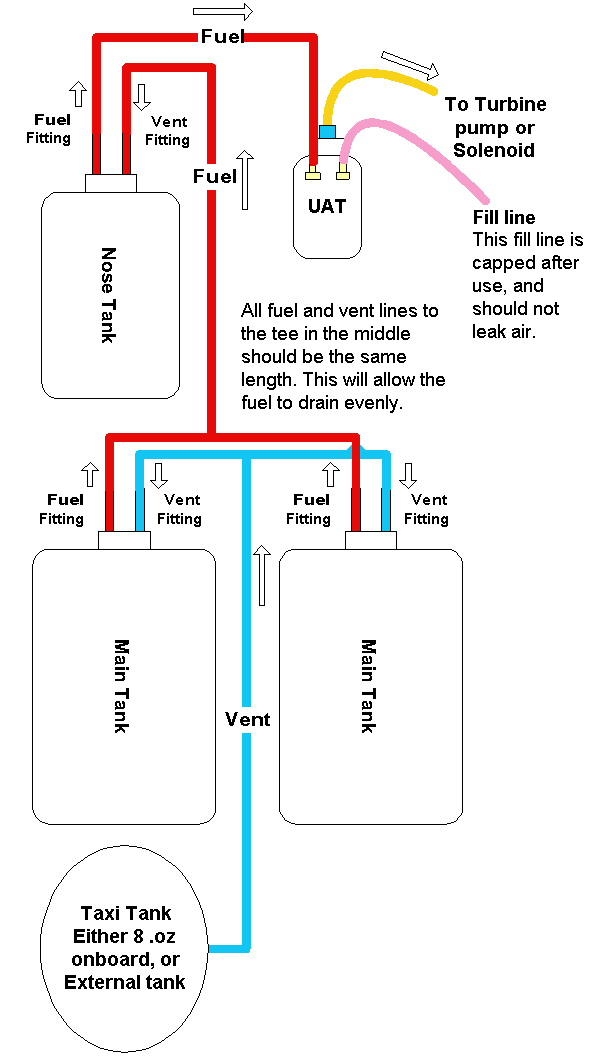 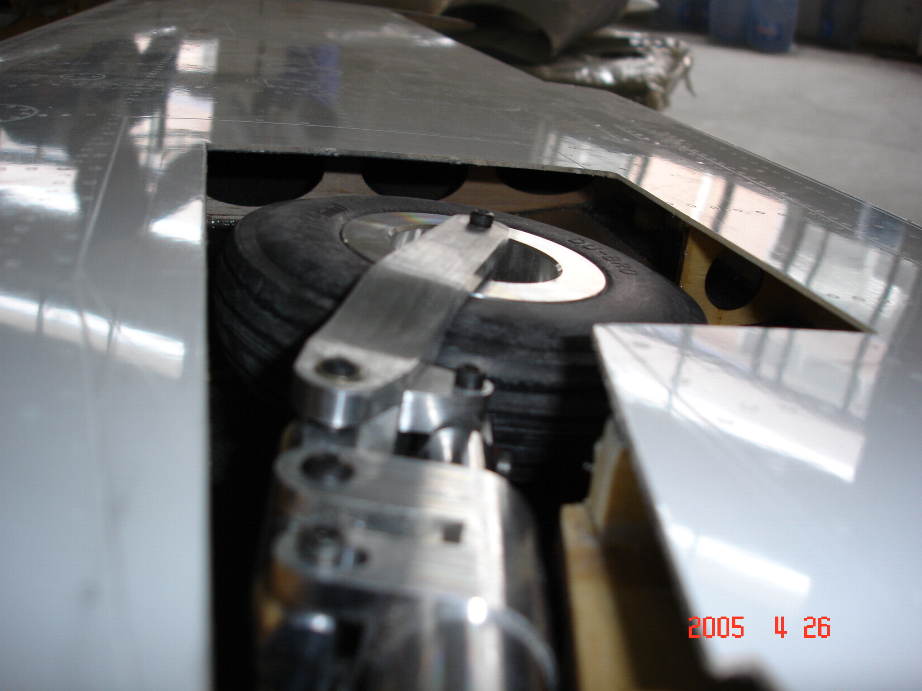 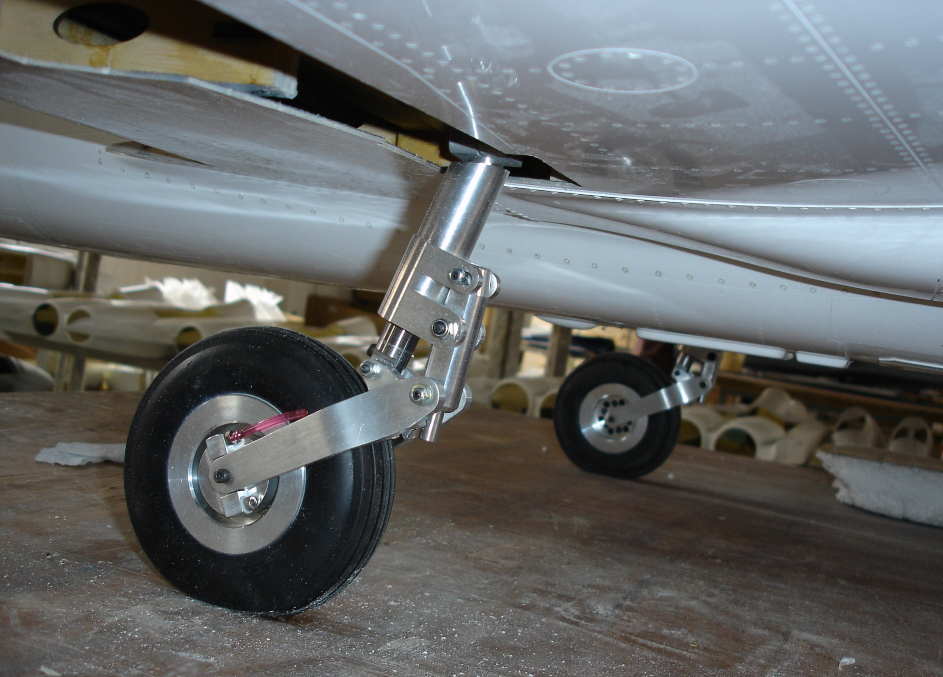 set-up Flaps function for down movement 15mm for Talk off

set-up Flaps function for down movement 40mm  for Landing